Dr. Dean Van Galen, President of the University of Wisconsin-River Falls, visited Shih Hsin University on 20th September, 2019, along with his wife, Mrs. Mary Van Galen, and Vice-President, Mr. Rick Foy. Received by SHU President, Dr. Joe Y.C. Wu, and the Vice President, Dr. Jack Tzu-Hsiang Yu, the distinguished guests were also welcomed by Dr. Nathan C.H. Chow, Chairman of the Board and other Directors during the lunchtime.

Dr. Van Galen and all the guests visited Language Corner and SHU Student Restaurant to further interact with SHU students. He also gave praise to the cutting-edge equipment in Omni Media Building which provides students with a professional learning environment. Additionally, Dr. Joe Y.C. Wu was invited to attend “Summit on International Education and Engagement” this November, hosted by UWRF. In recent years, the partnership of two universities has been strengthened by the close cooperation and frequent interaction between the two universities.

Shih Hsin University and the University of Wisconsin-River Falls have built up partnership since 1999. Besides the student exchange program, UWRF has sent out a student team who major in Teaching English to Speakers of Other Language (TESOL) to Shih Hsin University for English Summer Institute since 2006. This summer was the 13th year of ESI program which attracted 104 SHU students enrolled in the program. On the day of closing ceremony, the students racked their brains to show their learning outcomes by integrating what they had learned with creativity which made a wonderful memory of this summer to the students. 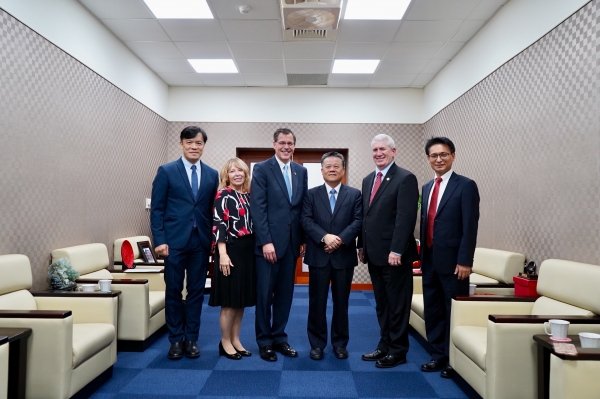 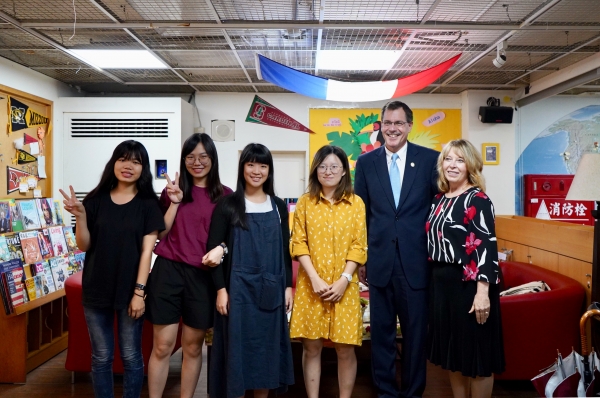 Mr. and Mrs. Van Galen had photo with students in Language Corner. 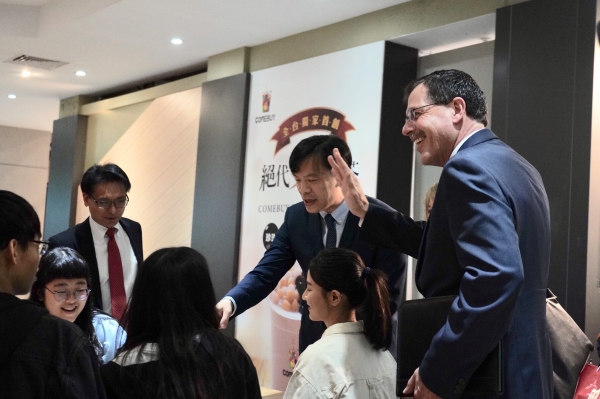 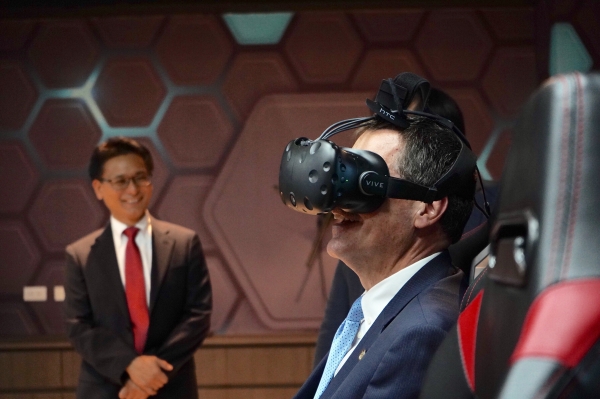 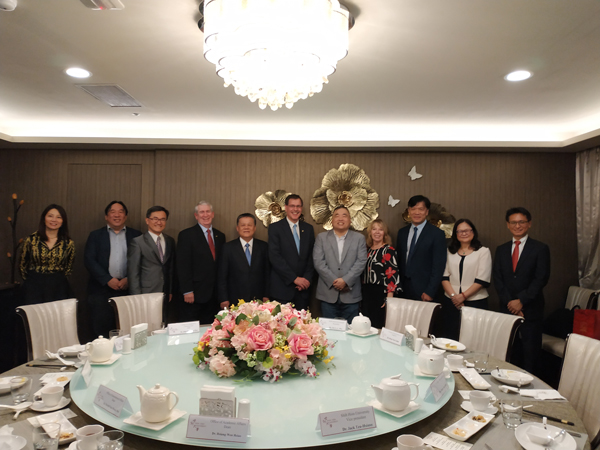