A stranger in a foreign land alone, and you miss their relatives every festive season.” The Dragon Boat Festival is one of the three traditional holidays and an important day for family and relatives to reunite. In order to relieve the homesickness of foreign students inside and outside the school, the Office of International Affairs of Shih Hsin University organized the “Summer Rice Dumpling Dragon Boat Festival” event before Dragon Boat Festival, filling the festive atmosphere. The warm gesture of the Office surprised and warmed the hearts of many overseas students who could not return home. The students felt the school’s care and consideration for the students who have left their hometowns.

Shih Hsin University cares about the homesickness of the students during the holidays, and hosts various caring activities each year. In the past two years, COVID-19 has ravaged the world, causing many foreign students to become stranded in Taiwan, unable to return to their hometowns. The Office of International Affairs of Shih Hsin University specially launched the “Summer Rice Dumpling Dragon Boat Festival” activity, personally distributing triangle-shaped rice dumplings, locally known as “zongzi,” to foreign students from all over the world, both inside and outside the school, allowing them to experience Taiwan’s traditions amidst the strong Dragon Boat Festival atmosphere. 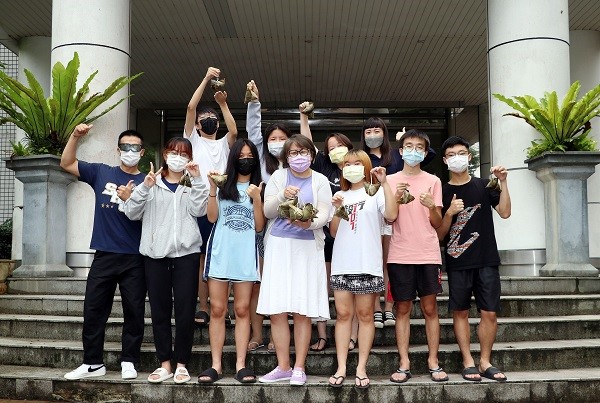 Lin Songran, a master’s degree student from Hong Kong who is studying in the Department of Journalism, revealed that due to the epidemic, he has hardly left the dormitory so he has been unable to feel the festive atmosphere. Before Dragon Boat Festival, the staff of the Office went to the Shenkeng dormitory to deliver rice dumplings in person. The students’ spirits were uplifted by this kind gesture. Lin Zhiying, an overseas Chinese from Malaysia, said, “I haven’t been able to go home for a long time. I received the warmth and felt like I was home thanks to the Office; I was very moved. I also took this opportunity to taste the differences between Taiwan’s rice dumplings and Malaysia’s.

In addition to Asian students being able to relieve their homesickness through the rice dumplings, many Western students find it rather novel. Sofia, a Russian student, shared that she had never eaten rice dumplings before. She felt that the school was very attentive, and she was looking forward to her first experience trying it. Another student from Guatemala, Luo Shicheng, said, “I heard that the Dragon Boat Festival is an important festival in Taiwan. This is the first time I have seen rice dumplings. I always feel very refreshed when I come into contact with traditional culture and customs! 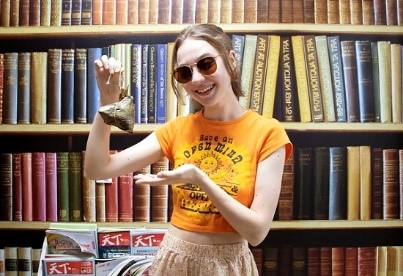 Sofia, a Russian student, had never eaten rice dumplings before, but she had the opportunity to try it. Thanks to the Office of International Affair’s dedication to foreign students.

Liu Wenying, Dean of the International Affairs of Shih Hsin University, said that during the epidemic, students have been unable to attend classes on campus; thus, at the dorms, foreign students were more likely to feel homesick during the Dragon Boat Festival. She hoped to bring some comfort to the students through the delivery of rice dumplings, and hopes that the students will take care when returning home during the summer vacation. Wishing students good health and safe returns!

Shih Hsin University is a leader in communication education in Taiwan, and has long been the first choice for students in the field of communication. There are nearly 1,000 overseas students from various countries on the campus. In order to comfort students from all over the world, dormitories and rented houses celebrated the warm Dragon Boat Festival in advance. The International Office will continue to launch various caring activities for major festivals. Through lively and evocative participation, foreign students in Taiwan can also feel the beauty of Taiwan’s culture and Shih Hsin University’s care for students.